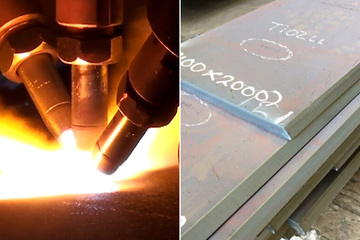 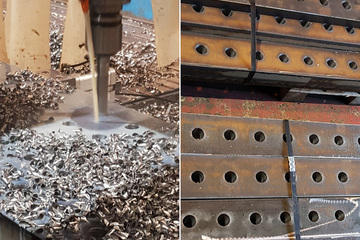 A key element of civil engineering, bridges are a common feature on our landscape. Typically built to one of three designs - beam, arch or suspension - dependent on the load-bearing structure, but all commonly constructed using steel.

As a specialist supplier to the bridge building sector we have provided structural steel, steel plate and bespoke steel products, including girder components, to be used on major bridge building projects throughout the UK. 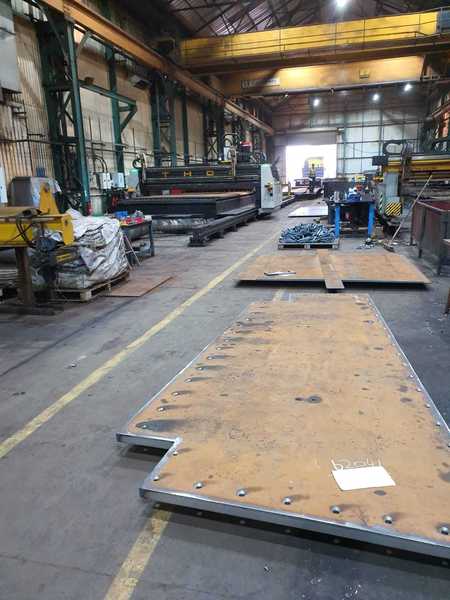 Due to our 5m wide profile beds, we have a particular specialism in providing products for deck bridges including secondary processes such as drilling and chamfering, as demonstrated with this image taken in our workshop.

Other bridge projects we have worked on include the following:

M8 Footbridge, Harthill
Opened in 2012, the M8 footbridge was built as a gateway to central Scotland and is the only fully enclosed bridge of its type in the UK. Designed by Scott Wilson the bridge has a main span length of 70m, is fully glazed and has a distinctive double helix tubular design which uses S355 circular hollow section. The £5m landmark structure is situated approximately halfway between Edinburgh and Glasgow, crossing Scotland’s busiest motorway. 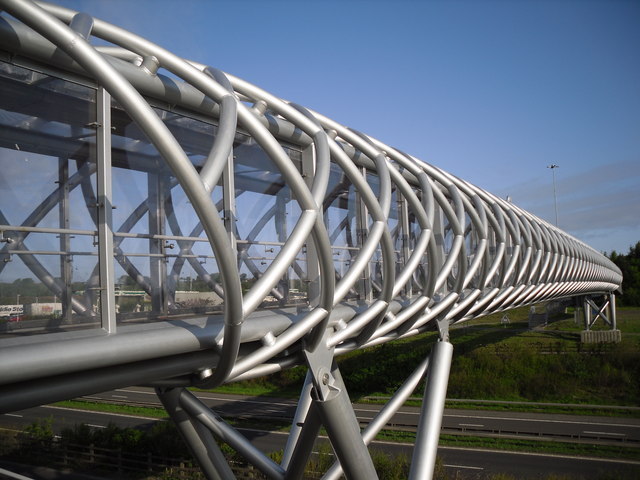 Temple Quay Footbridge, Bristol
Also known as ‘Valentine Bridge’ this steel cable-stayed bridge carries pedestrians and cyclists across Bristol's Floating Harbour close to Temple Meads railway station. Completed in 2000 the S-shaped footbridge is supported by a raking mast and has a triangular cross-section framed truss deck. The upper and lower chords are circular steel tubes, connected by I-section struts in a Vierendeel arrangement. Manchester City FC Footbridge
Completed in 2014 this bridge is situated above Alan Turing Way and Aston New Road in Manchester. It was designed by architect Rafael Vinoly and built to create a link between the £200m Manchester City FC training facility and the main Etihad Stadium, and was part of the club's ambitious expansion plans. The 4.8 metre wide structure is 140 metres long with a secondary span of 46 metres. The bridge is formed from two fabricated box girders with a stiffened deck plate between them.

Greenwich Reach Footbridge
Designed by Moxon Architects this footbridge forms a link within the Thames Path as it crosses the mouth of Deptford Creek in South East London, close to the Cutty Sark and the historic dockyards of the Thames. The bridge has a 44m span and swings through 110 degrees when it opens to allow vessels using the creek to pass through. The landmark bridge was the winner of a 2015 Structural Award with the judges stating: “The solution was executed elegantly and the structure gave the bridge a meticulously engineered aesthetic.”

We have extensive in-house processing capabilities, including full profiling, cutting, drilling and notching, shot-blasting, bending and straightening and painting, as well as the ability to profile up to 5m wide and 24m length.

Here are just a few more photos from our workshop showing steel parts for bridge construction. 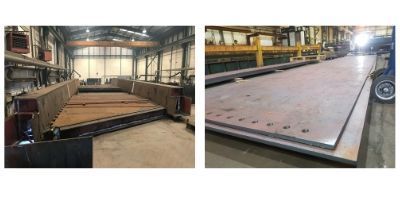 Find out more about our capabilities here or contact us to discuss your requirements.
clear